You are here: Home1 / Tax and Compliance2 / Tax Residency

There are several tests that apply in order to determine your tax residency.  We outline these conditions below.

The Implications of Tax Residency

A New Zealand tax resident is taxed on all income, regardless of where in the world it is earned.

A non-resident is only taxed on New Zealand sourced income.

Therefore, if you are earning elsewhere in the world, the implications are vast. 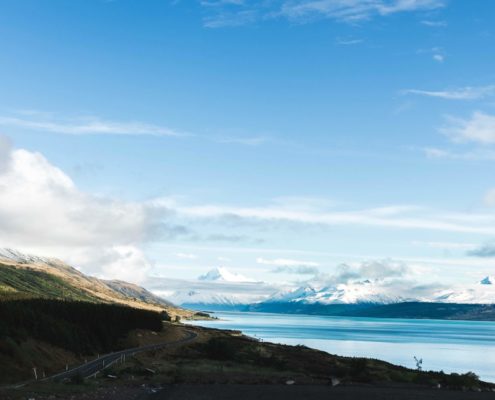 Tax residency issues can be complex and penalties for getting things wrong can be hefty.

If you’d like our help to ensure you minimise your tax bill, feel free to get in touch.

However, they also face a potentially expensive, and often overlooked or misunderstood, trap in unintended New Zealand tax residency.

Many professionals who have left New Zealand could potentially still be a New Zealand tax resident without realising it, while others planning on moving to these shores may become one much earlier than they intend. In both cases, the financial impact can be far reaching.

In March 2014, the New Zealand Inland Revenue Department (IRD) released a new Interpretation Statement (1) detailing how they determine whether someone is or isn’t a tax resident. While not a law change, it has widened the net for catching people within the New Zealand tax regime, effective from 1 April 2014.

The implication is that it is even more important to understand the rules and proactively manage your residency.

You have to understand what actions may either trigger New Zealand tax residency or prevent you from terminating it.

Who is a New Zealand Tax Resident?

Tax residency is not the same as residency for immigration purposes. One does not imply the other.

It is tax residency that we are referring to in this article.

Tax residence is determined by its own rules, involving two tests:

The first, a black and white test, is the number of days present in New Zealand.

The other arm to this rule is the 325 days absent rule.

Unfortunately it does not end there.

As with much of New Zealand’s tax law, there are grey and subjective measures.

Even without breaching the number of days present test, you will be a resident if you have a “permanent place of abode” in New Zealand.

What Constitutes a Permanent Place of Abode?

This second test for residency is not so clear cut and it is here that the IRD’s widened interpretation of residency bites.

This test comes down to an interpretation of each individual case. There are a number of factors to consider. No one factor alone will determine residency, but rather a weighing up of the individual factors.

If, in considering the overall facts, you have accumulated enough ties with New Zealand, you will be considered to have a permanent place of abode here.

The first factor is whether you have a “place of abode”. That is, an abode in New Zealand available to live in.

From 1 April 2014, even a rental property can be considered a place of abode because you could give your tenant notice and move in.

However, IRD have stated that this will generally not be considered a permanent place of abode unless you have lived there previously.

It seems the situation most at risk is where you leave New Zealand but keep your home and rent it out.

If you do have a place of abode, whether it is a permanent place of abode giving rise to tax residency is determined with reference to other factors.

Among other things, connections of the following type with New Zealand will increase your chances of being a tax resident:

You will be less likely to have a permanent place of abode if you minimise the above connections and have spent a long period overseas.

Take the case of an IT professional who has moved from New Zealand to London. They could be living and working in the UK, and required to pay tax there on their worldwide income.

If they haven’t broken their tax residency in New Zealand, they’re also required by NZ law to pay tax here on their worldwide income.

Fortunately, relief is available where the other country is one of the several that have a Double Tax Agreement (DTA) with New Zealand (2).

A DTA serves several purposes including setting tie-breaker agreements for this dual residency situation. If you are a tax resident of both countries, the DTA rules determine which country can tax you as a resident, and which can only tax you as a non-resident.

The tie-breaker rules compare your connections to each country using similar criteria as the permanent place of abode criteria above. It will usually be clear as to which country you have stronger ties, and will therefore be taxed as a resident.

This relief is not available when residing in countries without a DTA with New Zealand.

Paying tax on all your income in two countries is a scary thought.

Fortunately, in most cases you will receive a credit against your New Zealand tax for any tax paid overseas.

Unfortunately, credits for overseas tax paid are limited to the amount of tax payable in New Zealand on that income.

So if your overseas tax rate is higher than your New Zealand rate, IRD will not refund the difference and the excess tax credit is lost. So you effectively pay tax at the higher rate of the two countries.

How to Plan Ahead

Transitional Residence is an opportunity that New Zealand offers immigrants and returning residents who have been overseas for more than ten years.

If you are eligible and choose to take this optional transitional residency, for the month you become a NZ tax resident and the 48 months following, you do not have to pay New Zealand tax on any overseas earnings other than from wages and personal services. I.e., any passive overseas income is not taxed here.

The benefit is you can move or return here and see how you settle into New Zealand life. Once you realise it really is God’s Own Country, you can start to move your investments across if and when suits. This obviously can be a significant benefit.

The catch to avoid here is triggering your tax residency early which will compromise this opportunity.

It is quite possible to become a New Zealand tax resident by establishing ties to New Zealand prior to immigrating.

You might take one or more extended holidays in New Zealand, form a firm intention to live here, open a New Zealand bank account, take out membership of the relevant local professional body or even buy a home.

At some stage in this process, your ties may become such that you establish a permanent place of abode in New Zealand.

Not only will this subject you to New Zealand tax on your salary or business income back home (subject to DTA relief as above), but your four year transitional residency will begin from the first month of your residency being triggered.

How to avoid inadvertently triggering a tax residency issue

The financial impact of your tax residency is clearly significant.

The cumulative impact of penalties and interest for non-compliance can be devastating.

Yet, there are many professionals, consultants and other skilled people plying their trade internationally quite possibly oblivious to their tax residency situation.

By knowing exactly how your residency is established, you can plan and manage your situation to avoid inadvertently triggering a tax residency issue.

Make sure you know your facts and manage your situation accordingly.